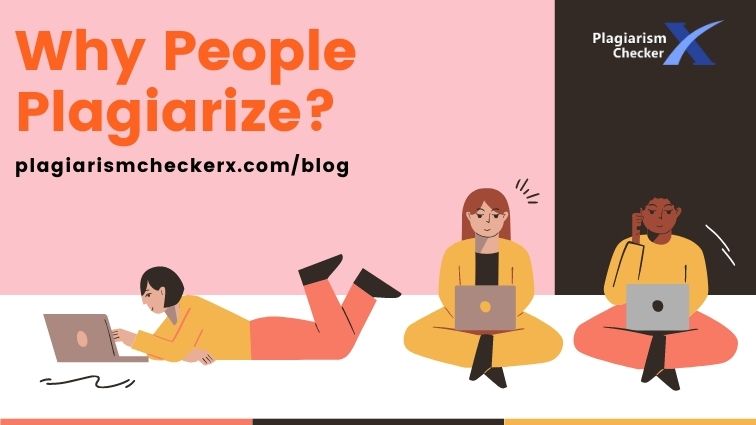 Out of many, following are the possible causes that can drive a persons to plagiarize another writer’s work:

Regardless of all those reasons, you never know when you’ll be caught red handed because Plagiarism Checker X is available now and educators, writers, and professors can check for plagiarism with it through the utmost accurate and detailed plagiarism detection technology.

Why Plagiarism is a concern today?

While the above reasons shed light on the general phenomenon of plagiarism and academic dishonesty, it is still not clear the despise so many efforts to remove plagiarism it is still too prevalent today.

With the advent of computer-and-internet age, the information exchange has become immensely easy, fast and readily available. Today, we live in a world, where any data we keep, whether public or private, is prone to be hacked or plagiarized. All this has made Plagiarism a big concern for this age. Because it is beyond our control to stop people one-by-one from using our data that is residing online. And in this case, we are also unaware that we might be attempting plagiarism for the sake of completing the work fast or to avoid the effort of creating original content from scratch as well. There can be several other reasons that can lead to an act of plagiary like the ones you saw before.

Whether you are a content-creator or a content-copier, no one can dodge the tools and techniques for detecting plagiarism in use today for a long time. As the phrasal interpretation from one language to another is also one of the core areas of computing & translation algorithms. Therefore, we cannot expect to duplicate literary work in some other language. Because, sooner or later, we will be caught red handed. Technology, which fills our lives with ease everywhere, is also beyond our control when it comes to trying to eliminate our digital footprints which we leave everywhere 24×7. Even if someone escapes the subject of authenticity, originality, and academic honesty from one source, there are several other sources that maintain digital trails of our work. So it’s wise not to mess with and try to evade technology like plagiarism detection software and end-up being the culprit. Just as a personal tagline even, keep in mind to always: