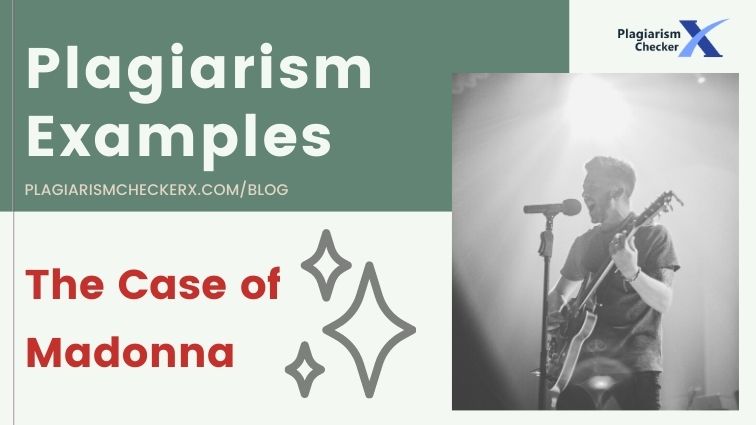 This is the first story we are featuring in Special Issue “Plagiarism Stories“ by Plagiarism Checker X. This feature will let you see how plagiarism affected a famed celebrity quite badly and also, it’ll be a lesson to learn for new students, writers and professionals. Plagiarism and consequences of plagiarism do not see who is on the other end committing them. The penalties of plagiarism stem from the principles in academic honesty as well as artistic integrity.

Before moving on to the story, how about a recap on the plagiarism definition?

Plagiarism Definition, What is it? 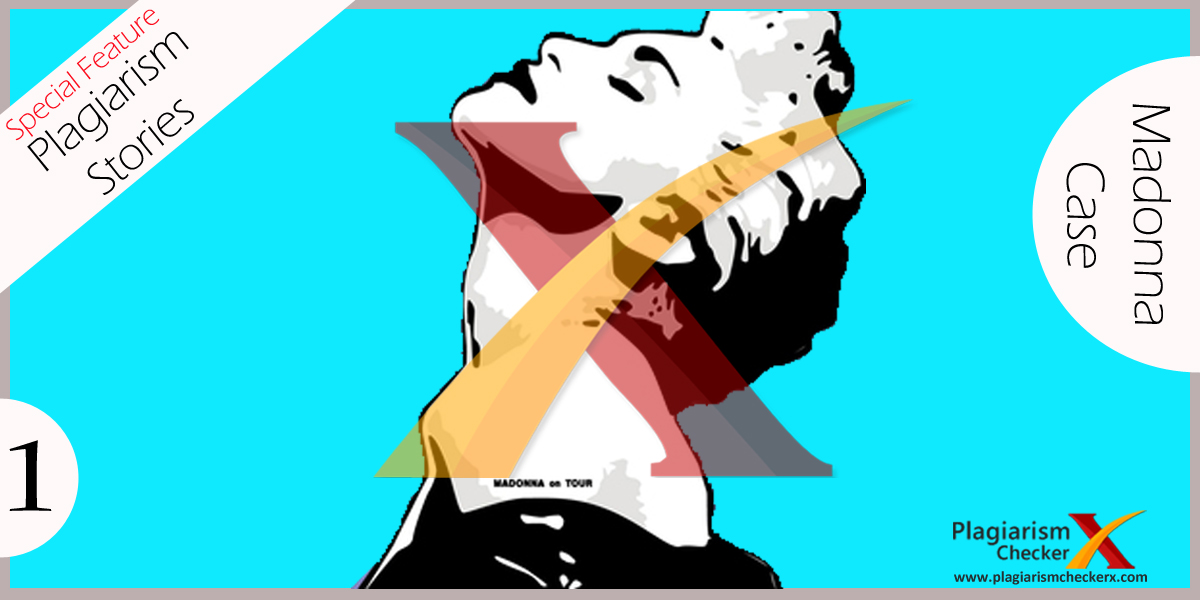 Okay, let’s get to it. In 1998, when the super duper hit song “Frozen” was released by the pop star Madonna, nobody thought that after seven years of its release she would be accused of plagiarism of the lyrics of this song and would have to testify the authenticity of it.  Later on, in a Belgian court the crime was proved true and a less famed Belgian lyricist, Salvatore Acquaviva, won the case of plagiarism against Madonna for plagiarizing the lyrics of his song  “Ma Vie Fout L’camp,” that was written five years earlier to the release of “Frozen”.

Before moving, let’s keep in mind and note that the accusation and proof of plagiarism can come much later after publication or release. A plagiarizer is never safe from the act of dishonesty and literary theft they committed.

Penalties and Consequences for Plagiarism

Back to the story. The court had then ordered Madonna to draw off all the discs of the song from the music markets of Belgium. It was essentially banned for sale in the Belgian music markets. Also, the song “Frozen” was banished from TV and radio stations for on-air broadcasting. This court ruling caused heavy damage to the celebrity figure as well as the net market worth of the singer Madonna. That means her potential revenue, sales and fame was negatively impacted.

So, plagiarism can lead towards severe penalties including legal consequences and related financial compensation whenever identified, sooner or later. Therefore, avoidance is the best solution and all people, regardless of their profession and role, must learn how to avoid plagiarism.

The saying stands true that ‘prevention is better than the cure.’ So, prevent plagiarism in your writing and in doing so prevent yourself from having to deal with the consequences of plagiarism as well

Stay on the lookout for more stories and news about global plagiarism as in its prevalence everywhere. Knowing plagiarism examples and such stories help us to better understand the plagiarism and see how it takes shapes in the world around. This way we can also visualize the consequence for plagiarism in a much better way. Also, stay tuned for another example of plagiarism in later blogs and don’t forget to check out the Special Feature in Plagiarism Checker X.