Easy ways to get rid of Plagiarism or Copied Content! 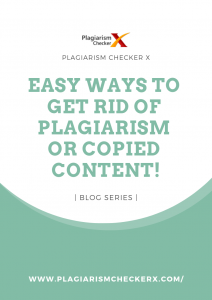 Research is conducted to gain knowledge or uncover facts about a certain issue, problem or topic in a systematic way .Research helps us to solicit information through already established knowledge which is being available to us from a variety of ways. As far as plagiarism is concerned, it occurs when we find out and solicit information and ideas from different sources and try to present such information and ideas in our name rather than giving credit to the person who first provided and presented it. It is a crime as it is subject to stealing intellectual property belonging to someone else. It can be avoided following different ways.