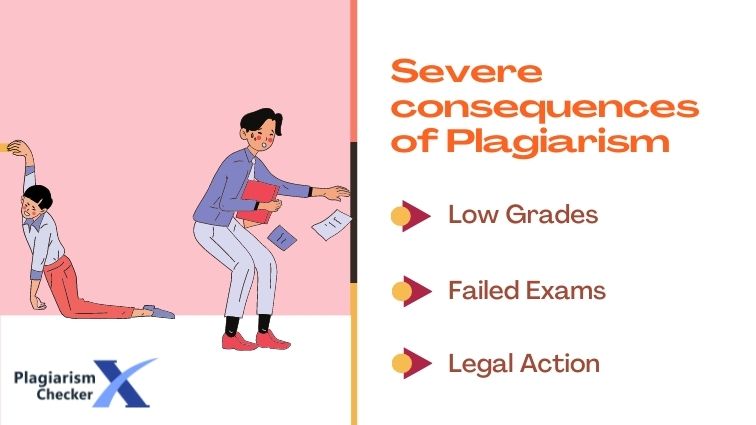 Plagiarism can badly affect the position or character of a student, professional as well as others. The consequences can be severe and we’ll get into that but first let’s see where it can happen and how.

When does Plagiarism Happen and How?

Acquiring valuable data is subjected to a logical, realistic and rational knowledge process about certain topics as is common in research. The data may be collected from the real market process through qualitative and quantitative research methods and then applied on practical and selective subjects to get feedback and findings. This is then used to develop the new concept about the relevant subject matter. This is where plagiarism’s feet start to step in.

During research when we are stealing the words, ideas of other writers and authors without accepting their contribution and avoiding the reference of their concepts in our research is called Plagiarism. By doing so we are using their (other writers) words as our own which is against the copyright rules and considered a serious crime.

The severity of this matter is so much so that the Federal Government of the United State has introduced the law on plagiarism. The law was established to define the rules of plagiarism and also the penalties against its violation. There are a number of software’s designed and available on the internet to check plagiarism and help people avoid the penalties that may result from violating plagiarism laws. 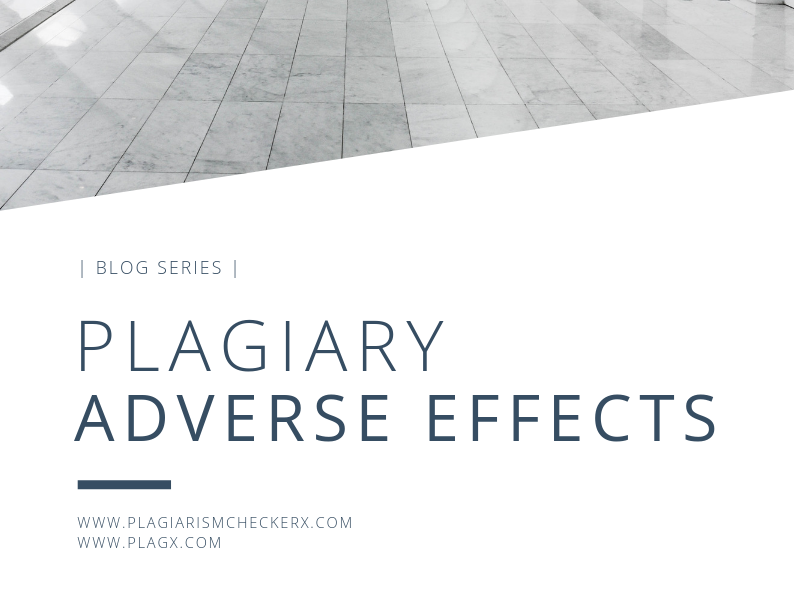 We often take plagiarism acts too lightly to consider not knowing that it can ruin reputations and essentially devastate a student’s academic excellence. But in reality, they are not at all to be just ignored. There are many areas where plagiarism is possible and quite often it can sneak up on you so it is important to be aware in order to avoid the many and severe consequences of plagiarism.

Not just that, academic honesty and the trait of having original content in itself is a goal to be pursued despite the consequence for plagiarism but knowing those penalties may help us to avoid them even more. These penalties can range from mild to severe and some of them are as follows:-

A Plagiarized act can definitely lead to low grades when considered by the teachers and identified through a plagiarism scanner that is used by all professors in college. If students are doing plagiarism in their assignments, they may lose their marks or fail to get high grades because the teachers are encouraging the students to write in their own words instead of doing plagiarism and copying from others.

One’s intention may be to complete the assignment with the least effort and get good grades but a plagiarized assignment can lead to zero marking on the specific submission and even on the whole class as a whole because such academic dishonesty can be picked up when teachers detect plagiarism through software.

Once revealed that the one is not the originator of the content and can cause complete failure to pass the exams because academic writing in exams is about exhibiting our skills including originality.

Formal and legal actions can also be taken against the plagiarizer depending on the severity of the case and content of the copyright violation and intellectual property laws involved in the case. If someone has committed plagiarism he/she may have to pay the heavy fine or punishment of jail because plagiarism is considered an official crime.

The act of mere copy pasting can also question the abilities of the author and can revoke one from the scholarship when a professor finds something of the sort with a plagiarism tool.

Plagiarism in professional fields may damage the career and the job as well because it significantly dampens the reputation of the employee as well as of the employer.

If the case is severe, it can also lead to suspension or expulsion from the institution when student writing is found to be filled with academic dishonesty which can be found out through a plagiarism online checker

Surely, there are more punishments as well depending upon the case. However, these were the most common types of consequences for plagiarism. These penalties even may apply to acts of accidental plagiarism or unintentional plagiarism so it is always best to be careful and to check for plagiarism with the proper tool. You can step in the right direction for even though simple acts such as: